You are here: Real Ghost Stories :: Apparitions / Voices / Touches :: Ghost in the Woods?

Ghost in the Woods?

This all happened during this past summer (august), here in Cardiff, UK. At about 7pm, my friend and I decided to go into the woods at heath park, as we were very bored that day, and I believe it was one of the hottest days on record for the UK, so we were very hot and bothered. 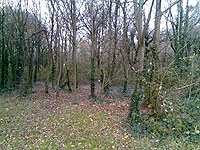 We trekked into the woods until we came to a huge tree, we sat by the tree for nearly an hour cooling down, it was also next to a large pond. At about 9pm we realised that it was very nearly dark, so we decided to make our way back home. We had about a 15 minutes walk to get back out of the woods and nothing strange had happened until I noticed a figure, about 200 yards away from us, back from where we had just come from. I thought this was strange, but thought nothing more of it. About 4 or 5 minutes later, I looked back and saw the figure again but this time it was closer, I thought this was strange as there were no people close to us when we were at the tree so I decided to tell my friend. Josh thought I was messing around with him and did not believe me at all, this was much to my frustration. 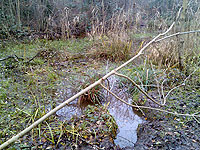 About 3-4 minutes later, again I looked to the side and the figure was about 50 yards away only it was in amongst all nettles and bushes, I was really scared at this point as we weren't even half way through the journey and it was very nearly dark. I told Josh to keep looking around and to speed up our walking pace. A few minutes later Josh saw the figure on the other side of us and we were both really really scared, so we ran. When we got into the open field which would lead us to a road, we ran about half way into it and looked back and we both saw the figure standing on the edge of the woods. We ran all the way home. 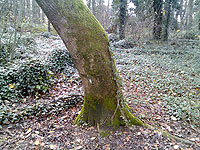 The figure that we saw was very weird because every time I saw it, it was perfectly still. We could not make out the face, or gender of this thing, it was just in what looked like a blue cloak. I have been back to the spot a few times since the day and nothing strange has happened, but me or Josh will not go back there at dusk again.

Please message me with any questions, thanks.

The following comments are submitted by users of this site and are not official positions by yourghoststories.com. Please read our guidelines and the previous posts before posting.

© The ghost story Ghost in the Woods? is copyrighted to Rhys Harrison. Edited by yourghoststories.com.